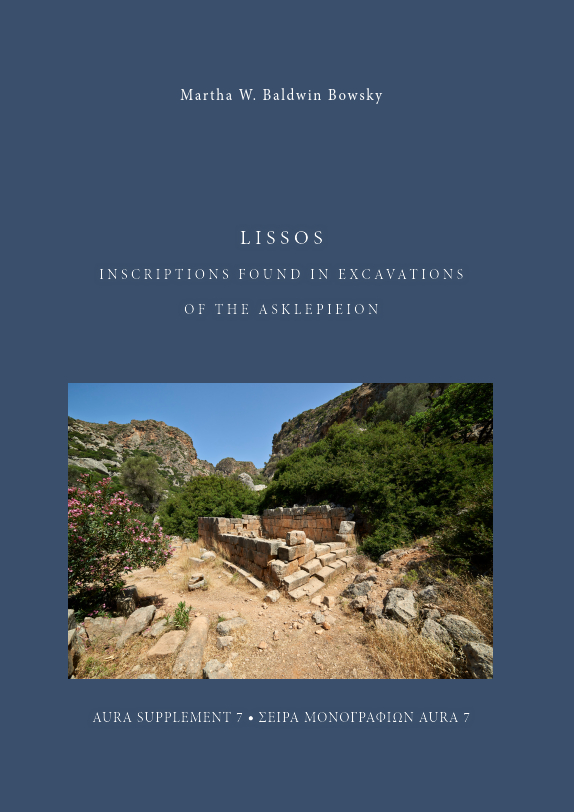 This study presents 29 inscriptions – and a summary and updated edition of an imperial libellus-subscriptio – all revealed during excavations at the temple of Asklepios at Lissos, on the southwest coast of Crete.  The catalog of inscriptions proceeds from public to private genres:  three architectural inscriptions and an imperial intervention; 13 civic decrees; three dedications, one of which includes a sacred law; four manumision inscriptions; an inscribed loomweight; a fragment of unidentified type; and four unlocated fragments.  These inscriptions are best studied as not only as documents but monuments on display in the sanctuary.  Adding a chronological element to the spatial display of inscriptions suggests how they contributed to the appearance of the temple and sanctuary over time.  Not one but two types of writing were visible:  (1) public texts pertaining to institutional life reveal a markedly political character and aspects of the imperial cult; (2) private texts pertaining to the Asklepieion’s main function as a cult center document particular concern with the health of women, infants, and the young.  The Asklepieion at Lissos was no less important than that at Lebena, on the south-central coast of Crete; each continued to play an important role in the religious life of the island in the Roman period.