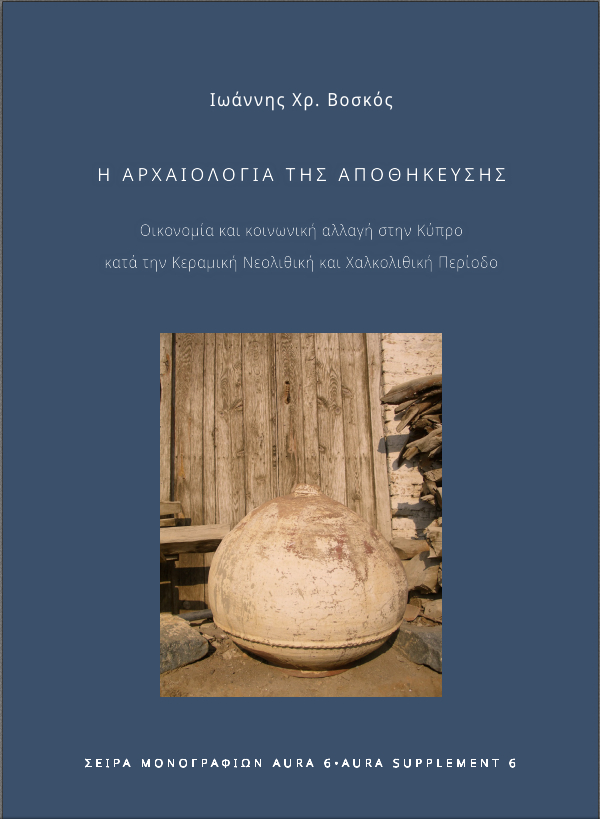 
The Archaeology of Storage: Economy and Social Change in Cyprus during the Ceramic Neolithic and Chalcolithic Periods

This book aims to approach socio-cultural change in Cyprus during the Ceramic Neolithic and Chalcolithic periods. The study of storage practices and other aspects of economic activity in prehistoric Cyprus are employed for this purpose. Storage is viewed as an economic activity that mirrors, by and large, aspects of social reality of the selected prehistoric communities. A holistic approach of their economic base is attempted via the recorded data and the social connotations are discussed. The counterbalance between materialism and the invisible parts of the cultural phenomenon is ensured by the employment of a neomarxist perspective. What is more, several bioarchaeological data and the study of the organisation and use of space in the selected prehistoric sites are exploited. One of the most important results of this study is the confirmation of the existence of a flexible food-supply programme based on both food-gathering and food-producing activities. The long-lasting survival of an anachronistic lifeway in Cyprus is interpreted as a basic element of a local cultural identity. Concerning socio-cultural change, this study has shown that the collapse of the Sotiran (Late Neolithic) and Erimi cultures (Middle Chalcolithic) is connected with the fact that local social groups in Cyprus were unwilling to abandon the egalitarian way of life and adopt more complex social structures. According to this study, the critical turning point concerning the appearance of social stratification is the Late Chalcolithic period, when some social groups managed to institutionalise their extended power and controlled the production relations. The parallel appearance of economic intensification, the consolidation of food-production as the basic economic activity, the first signs of craft specialization and other emerging novelties, signal the outset of a process of gradual restructuring of Cypriot economy and society. This process was completed in an advanced stage of the Bronze Age.